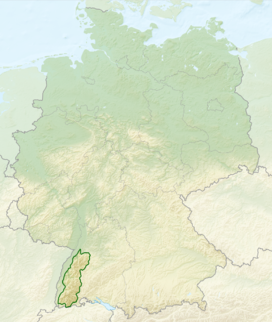 Black Forest is a rural neighborhood (based on population density) located in Colorado Springs, Colorado.

Black Forest real estate is primarily made up of medium sized (three or four bedroom) to large (four, five or more bedroom) single-family homes and townhomes. Most of the residential real estate is owner occupied. Many of the residences in the Black Forest neighborhood are established but not old, having been built between 1970 and 1999. A number of residences were also built between 2000 and the present.

In Black Forest, the current vacancy rate is 3.2%, which is a lower rate of vacancies than 86.6% of all neighborhoods in the U.S. This means that the housing supply in Black Forest is very tight compared to the demand for property here.

The way a neighborhood looks and feels when you walk or drive around it, from its setting, its buildings, and its flavor, can make all the difference. This neighborhood has some really cool things about the way it looks and feels as revealed by NeighborhoodScout’s exclusive research. This might include anything from the housing stock to the types of households living here to how people get around.

Astoundingly, NeighborhoodScout’s research reveals that this single neighborhood has a higher concentration of married couples living here than 99.8% of all U.S. neighborhoods. Whether they have school-aged children or not, married couples are the rule in the Black Forest neighborhood. If you are a married couple, you may find many people here with a similar lifestyle, and perhaps common interests. But if you are single, you might not find many other singles here.

In addition, according to NeighborhoodScout’s exclusive analysis, Black Forest is among the best neighborhoods for families in Colorado. In fact, this neighborhood is more family-friendly than 99.0% of neighborhoods in the entire state of Colorado. Its combination of top public schools, low crime rates, and owner-occupied single family homes gives this area the look and feel of a “Leave It to Beaver” episode. Many other families also live here, making it easy to socialize and develop a strong sense of community. In addition, the high number of college-educated parents influences the academic success of the local schools. Overall, you will find all of the amenities a family needs to thrive in the Black Forest neighborhood. In addition to being an excellent choice for families with school-aged children, this neighborhood is also a very good choice for urban sophisticates and highly educated executives.

In the Black Forest neighborhood, many people’s commute means walking from the bedroom to the home office. NeighborhoodScout’s analysis found that 15.3% of residents worked from home. This may not seem like a large number, but Scout’s research shows that this is a higher percentage of people working from home than 98.5% of the neighborhoods in America. Often people who work from home are engaged in the creative or technological economy, such as is found in areas around Boston, and in Silicon Valley. Other times, people may be engaged in other businesses like trading stocks from home, or running a small beauty salon.

Owner-occupied real estate dominates the Black Forest neighborhood. In fact, according to NeighborhoodScout research, the percentage of residential real estate occupied by its owner is higher here than in 97.6% of neighborhoods in America.

In addition, one way that the Black Forest neighborhood really stands out, is that it has more large 4, 5, or additional bedroom homes and real estate than 96.7% of the neighborhoods in America. When you walk or drive around this neighborhood, you’ll instantly notice the size of the homes here which definitely makes a strong visual statement.

How wealthy a neighborhood is, from very wealthy, to middle income, to low income is very formative with regard to the personality and character of a neighborhood. Equally important is the rate of people, particularly children, who live below the federal poverty line. In some wealthy gated communities, the areas immediately surrounding can have high rates of childhood poverty, which indicates other social issues. NeighborhoodScout’s analysis reveals both aspects of income and poverty for this neighborhood.

What we choose to do for a living reflects who we are. Each neighborhood has a different mix of occupations represented, and together these tell you about the neighborhood and help you understand if this neighborhood may fit your lifestyle.

In the Black Forest neighborhood, 55.4% of the working population is employed in executive, management, and professional occupations. The second most important occupational group in this neighborhood is sales and service jobs, from major sales accounts, to working in fast food restaurants, with 20.8% of the residents employed. Other residents here are employed in manufacturing and laborer occupations (13.1%), and 10.7% in clerical, assistant, and tech support occupations.

Boston’s Beacon Hill blue-blood streets, Brooklyn’s Orthodox Jewish enclaves, Los Angeles’ Persian neighborhoods. Each has its own culture derived primarily from the ancestries and culture of the residents who call these neighborhoods home. Likewise, each neighborhood in America has its own culture – some more unique than others – based on lifestyle, occupations, the types of households – and importantly – on the ethnicities and ancestries of the people who live in the neighborhood. Understanding where people came from, who their grandparents or great-grandparents were, can help you understand how a neighborhood is today.

In the Black Forest neighborhood in Colorado Springs, CO, residents most commonly identify their ethnicity or ancestry as German (21.4%). There are also a number of people of Irish ancestry (19.2%), and residents who report English roots (12.7%), and some of the residents are also of Italian ancestry (5.0%), along with some Norwegian ancestry residents (4.6%), among others.

The most common language spoken in the Black Forest neighborhood is English, spoken by 94.8% of households.

How you get to work – car, bus, train or other means – and how much of your day it takes to do so is a large quality of life and financial issue. Especially with gasoline prices rising and expected to continue doing so, the length and means of one’s commute can be a financial burden. Some neighborhoods are physically located so that many residents have to drive in their own car, others are set up so many walk to work, or can take a train, bus, or bike. The greatest number of commuters in Black Forest neighborhood spend between 15 and 30 minutes commuting one-way to work (43.4% of working residents), which is shorter than the time spent commuting to work for most Americans.

Here most residents (92.6%) drive alone in a private automobile to get to work. In addition, quite a number also carpool with coworkers, friends, or neighbors to get to work (5.7%) . In a neighborhood like this, as in most of the nation, many residents find owning a car useful for getting to work.